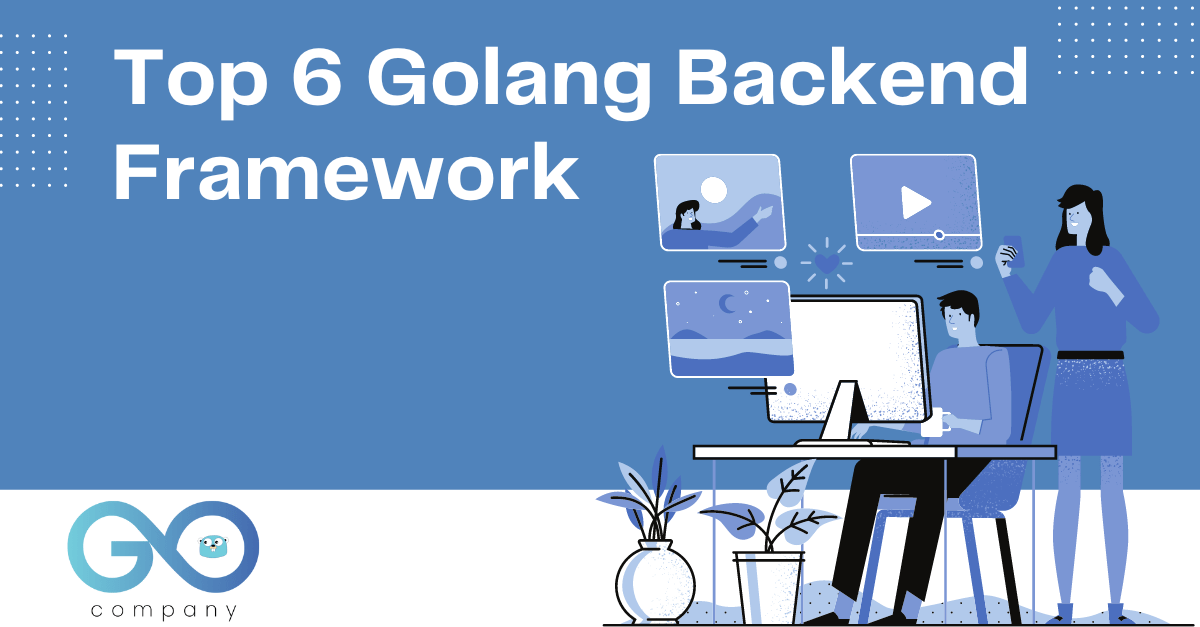 Go is one of the fastest, compiled, and statically typed programming languages. It was launched by Google in the year 2009 and possesses in-built & powerful Golang backend frameworks and tools for quickly developing robust and scalable applications.

Golang.company is a top company for Golang backend development. We have an experienced team of Go developers who are highly skilled, talented, and proficient in developing scalable web applications using Golang web development frameworks written in Go programming language.

Golang backend frameworks play a vital role in development and deployment of various web apps along with allowing Go programmers to create web APIs and required resources as per the requirement of the projects. With the help of Golang backend frameworks, developers can set their primitive objectives on the functionalities of the applications instead of writing the needed code for a particular framework. Therefore, these Golang full stack web frameworks also help in reducing the Go web apps development time in efficient ways.

Let us consider some of the top Golang web frameworks!

What Frameworks We Prefer in Golang For Web Backend?

Go programming language offers a number of useful frameworks for backend development with Golang. These frameworks are time-efficient and hence also responsible for speeding up the development process of applications. Here are a few Go backend frameworks.

Gin is one of the fastest and lightweight, and widely adopted Golang backend frameworks which is written in the Go programming language. It comes with a variety of features, way faster than Martini Go backend framework, and delivers high productivity & performance. Gin features in-built rendering, ability to extend, and also responsible for managing the errors efficiently as it can recover any error occurrence while an HTTP request is under process.

Beego is an open source and high performance Golang backend framework which is widely used for developing robust web apps at a fast pace, and written in Go. Beego efficiently supports REST API and utilizes a Bee tool in order to quickly develop scalable and functionality-rich web applications. It also helps the Go programmer in providing the complete control of the web apps with its in-built smart monitoring and routing features. This help in monitoring the usage of CPU, memory, along with the status of goroutines.

Go-Fiber also known as Fiber is another high performance Golang web framework which is similar to Express.js and written in Go programming language. Fiber comes with a flawless set of features including enhanced routing, low usage of memory, and more. Fiber is also considered as one of the fastest Go backend frameworks as it can support communication protocols like WebSocket, creating chat systems, and efficiently developing scalable and attractive web applications. It also offers clear documentations and supports a number of template engines in Golang.

IRIS is another Go backend framework which is similar to Express.js and widely used by Go developers who are completely familiar with Node.js. IRIS is one of the most flexible Go backend frameworks which can easily be compatible with third-party libraries. It also comprised various in-built features such as MVC architecture, dependency injection, and more that help Go programmers in developing scalable web applications quickly and efficiently.

Echo is a great Golang backend micro framework which behaves like a standard library and is written in Go programming language. It comes with a flawless and comprehensive documentation that helps the Golang developers in quick building of robust and scalable web apps with ease. It is also a useful framework for efficiently developing the APIs from scratch.

Go-Kit is one of the most popular and widely adopted microservices developing Golang backend frameworks. It is also equivalent to Node.js, JavaScript, and used in developing growth-oriented and scalable web apps in Golang. It offers easy maintenance and extendable capabilities as well.

You Should also read about gofmt

What Are The Advantages of Go Backend Frameworks?

Here are some best things about Golang backend frameworks.

What Frameworks We Prefer in Golang For Web Backend?

What Are The Advantages of Go Backend Frameworks?