Dart vs Golang: What Are the Main Differences? 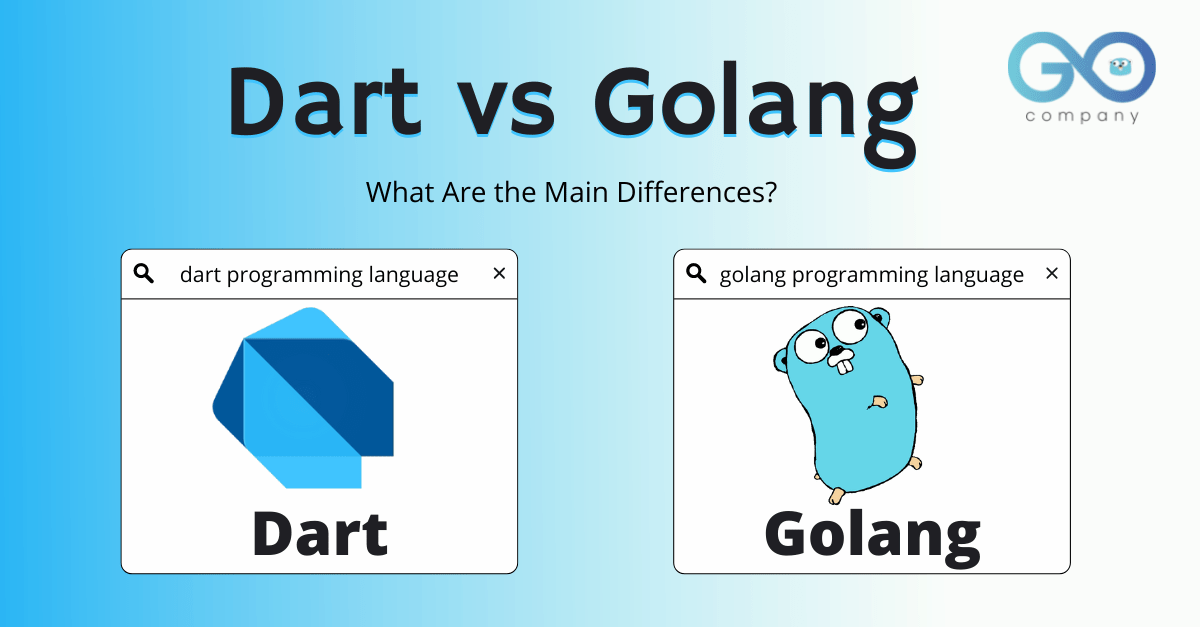 There will always be a comparison between two different programming languages, especially when both the programming languages have been developed by Google. You might have guessed it by reading the title. In this blog, we will take a look at the differences between Dart and Golang.

Developers involved in Go lang development might be skeptical about pursuing another language like Dart. But, there is no harm in assessing the differences and checking out the features, right? So, let us have a look at the major differences between Golang and Dart.

Major differences between Golang and Dart

This is the main reason why developers opt for Golang instead of Dart. And this is evident from the graph below as well.

OOPs Features, and Constructors and Destructors

The graph above shows how Go performs better than Dart when it is allowed to use all the 8 cores.

As you can see, no one programming language is clearly the dominating one. Both Golang and Dart have their unique purposes and features. While Dart may appeal to some developers, it may be resented by a few. The same scenario holds good for Golang.

So, it is you who have to decide whether you will opt for Dart or stick with Golang development depending on the task you are performing.

Major differences between Golang and Dart

OOPs Features, and Constructors and Destructors