What is Interface in Golang ? A Tutorial with Examples 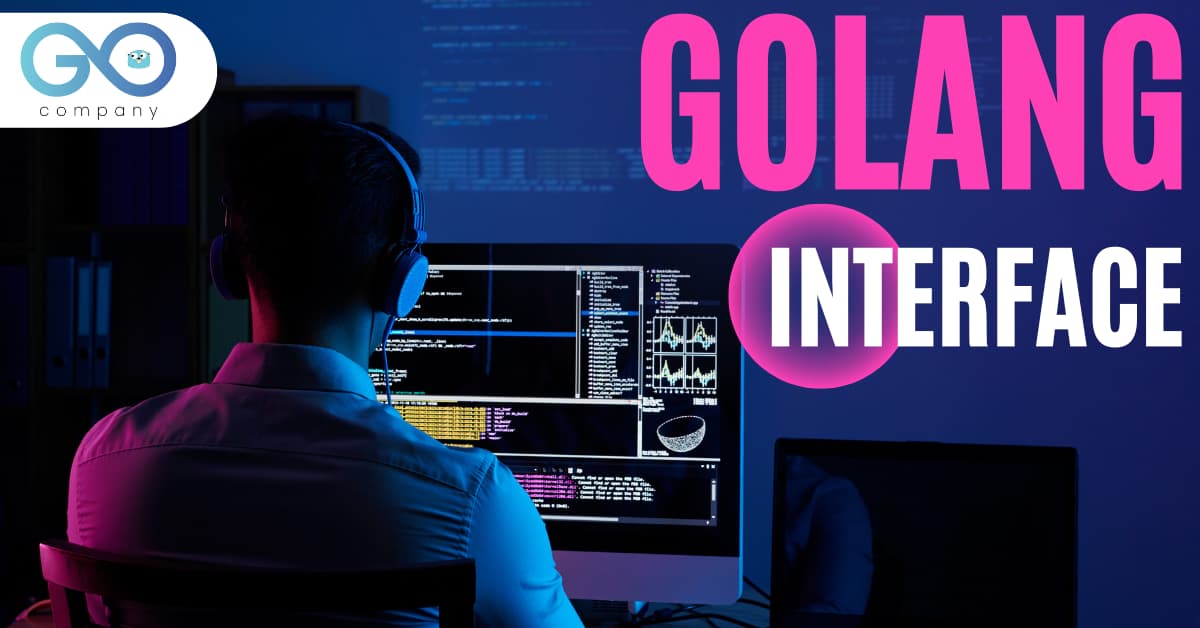 Interface is an extremely powerful and important aspect of development in Golang as it is a statically typed language. Put it this way, the interfaces make Golang get closer to the paradigm of Object Oriented Languages. In this tutorial, we will learn all about interfaces and see how we can apply them in a program.

So, let us begin.

What is an Interface?

To start with, interfaces allow us to do polymorphism. It allows us to describe the behavior of the object, and it represents a collection of method signatures. Imagine that you have certain methods in the interface. When a particular type provides the definitions for all those methods, then it is said to implement interfaces.

Simply put, an interface is a way of looking at a set of related types or objects. You should know that you cannot create an instance of the interface as it is abstract.

I’m sure this doesn’t create much sense, unless we have a look at a program. So, let’s do that.

Understanding Interface from a Program

First, we create a new directory named ‘inter’. I save all my projects in the go-workspace. So, we will type
cd go-workspace

When we type code ., the IDE or the text editor opens up. In my case, I have the VS Code. After the VS Code is launched, we create a Go source file named the main.go.
package main

Defining the Interface in golang

Now, we will define the interface. Following the import(), we define it.
type shape interface {

With this, we have defined the shape interface. The interface here mentions that if any type or any struct has the area() method, and that returns float64, is of type shape. That is, it implements the interface shape. Now, we can use the interface as an upper level type of the struct.

How to Use the Interfaces in golang

Following this, we will learn how to use the interface. For this, we move on to the function main.

Now, let us incorporate a for loop in the main function.

(Note: Since this is a different program, we will write the code in a different Go source file titled ‘tutorial.go’)

What if The Methods Accept a Pointer?

What we will do is make a little modification. We will make the methods accept pointers now, and not the actual instance.

Accordingly, we will have to make some changes in the main function also. In this statement, shapes := []shape {r1, t1}, we can no longer use r1 and t1 as these are not pointers but rather values. The problem should be solved by the following statement.

It is actually a good practice to always pass the pointer when you are making slices. This is because if you need access to the pointer, you can have it.

Now, if we run the program, you will get to see the following output:

Hopefully, you have understood the interface. If you are still in doubt, then you must go through the tutorial once again. And it is mandatory that you have a look at other examples, and practice coding on your own. Only then will you be able to grasp the concept properly.

To get access to the code, you should visit the Github repository https://github.com/GolangCompany/inter.

What is an Interface?

Understanding Interface from a Program

Defining the Interface in golang

How to Use the Interfaces in golang

What if The Methods Accept a Pointer?