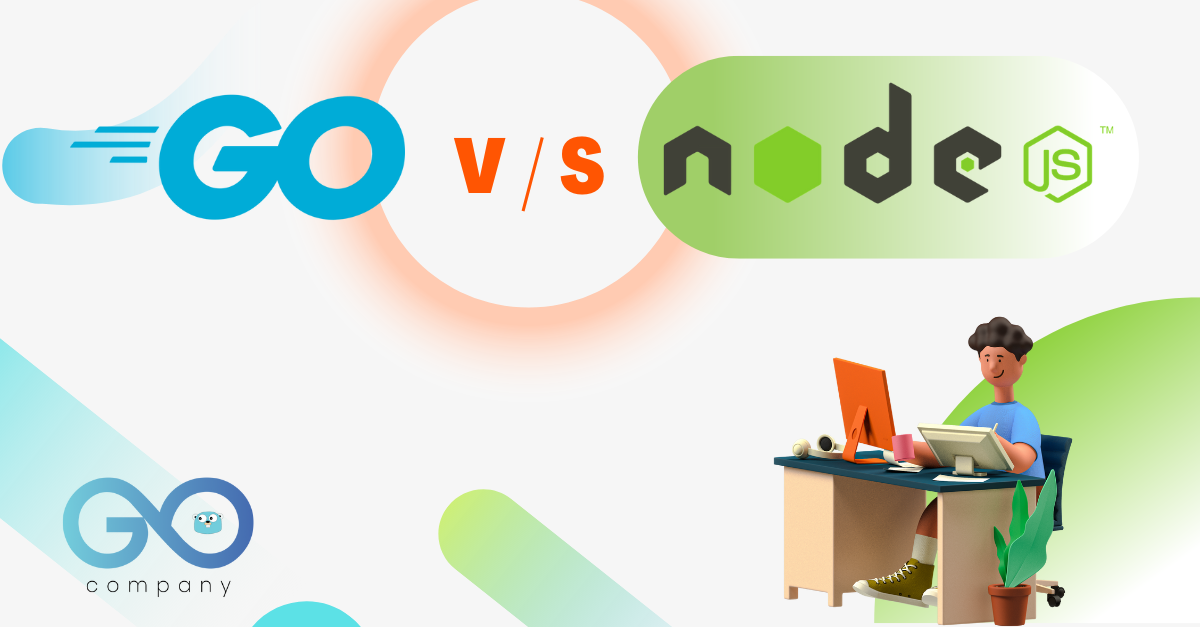 Choice of a back-end technology is one of the most critical decisions that an app developer has to make as that has long-term implications for your business. Both Node.js and Golang are popular choices for back-end technologies and have been around for quite some time.

In this article, I am going to present an objective comparison between Go and Node.js so that you can arrive at an informed decision regarding the choice of a programming language for your next app.

We'll carefully examine the pros and cons of these two programming languages to see how they compare on various parameters and answer the question, “Does Golang have a future?”.

Go is a statically typed, compiled programming language designed at Google by Robert Griesemer, Rob Pike, and Ken Thompson. It is syntactically similar to C, but with memory safety, garbage collection, structural typing, and CSP-style concurrency.

Go was designed at Google in 2007 to improve programming productivity in an era of multicore, networked machines and large codebases. The designers wanted to address criticism of other languages in use at Google, but keep their useful characteristics which are namely:

Node.js is an open-source, cross-platform, back-end JavaScript runtime environment that runs on the V8 engine and executes JavaScript code outside a web browser, which was designed to build scalable network applications. Node.js lets developers use JavaScript for server-side scripting—running scripts server-side to produce dynamic web page content before the page is sent to the user's web browser. Consequently, Node.js represents a "JavaScript everywhere" paradigm, unifying web-application development around a single programming language, rather than different languages for server-side and client-side scripts.

Node.js has an event-driven architecture capable of asynchronous I/O using callbacks, promises and async/await. These design choices aim to optimize throughput and scalability in web applications with many input/output operations, as well as for real-time web applications like real-time chat applications.

Performance as measured by app load and response times directly correlates to user experience. Go exhibits similar performance as C and C++ as it directly compiles to machine code. Hence, in terms of raw performance Go wins hands down over Node.js.

Because it is pre-compiled to machine code Go has a quicker startup and compile time. JavaScript takes longer to execute because it’s dynamically typed and must be interpreted, while Go is statically typed and compiled, so it’s generally faster.

Node.js is not far behind in performance. It has adopted a non-blocking and asynchronous system from JavaScript, which allows for small tasks to wait in the background that won’t affect the main thread as it only supports a single thread. It does this using callbacks, promises and async/await.

Although Node.js is single threaded, Worker threads became stable in Node.js v12 LTS is a useful module if you need to do CPU-intensive tasks in your Node.js application. They provide the same behaviour as threads without sharing memory and, thus, avoid the potential race conditions threads introduce. Node.js uses the V8 engine for fast processing and boasts a robust tech stack too.

Both Go and Node.js are well suited for developing REST APIs and microservices. In real life, Golang and Node.js display almost equal performance.

Golang has built-in concurrency constructs: goroutines and channels. Goroutines are cheap, lightweight threads. Channels are the conduits that allow for communication between goroutines.

Node JS scalability is not as elegant as Golang. Executing Javascript code in traditional concurrent programming is done with event callbacks which can get messy quickly. A workaround for this is using promises or async/await that works well for most use cases.

Both Node.js and Golang help developers code scalable apps, however, Golang does better in this regard.

JavaScript was developed in 1995, and while the Node runtime is much younger, it’s still a part of this active and massive 26-year-old community that’s full of beginner and experienced programmers. There are libraries, platforms, examples and tutorials for a wide variety of applications. If you need something done, you can find a package, library, or tool for it.

Go does have some nice libraries and packages to use, but it doesn’t appear it will catch up with Node.js anytime soon. As a developer, you’ll be doing a lot more of the programming groundwork. Golang’s community is still small and new. It is definitely growing in popularity, but it has yet to reach its full potential.

Hence, when it comes to the availability of development tools and community size Node.js wins hands down over Golang.

Javascript is notorious for bad code and poor developer practices. Go fundamentally encourages good programming practices. Google designed it so that large teams could work on large projects effectively and easily. As you are programming, Go seems to guide you into making smart choices as a developer.

JavaScript is one of the most popular programming languages across the globe. Hence, if a developer is already familiar with JavaScript, becoming an expert at Node.js development is easy. This makes learning Node js much easier and simpler than Golang. Front-end developers can easily transition to back-end development using Node.js and vice versa while it is not that straightforward for Golang.

In Golang, full-stack developers are required to learn everything from scratch about a new back-end framework like its specific processes, concepts, rules, pointers, strict typing, interfaces, coroutines, database connections and a bunch of other stuff. Hence, Golang has a steeper learning curve compared to Node.js.

Good Node.js developers are relatively easier to find and therefore cheaper to recruit compared to Golang developers. You’ll also be able to find good agencies with rich experience easily to help you with your project at a reasonable price.

With Node.js, you only use one runtime environment to code both the front-end and back-end of your proposed web application. You are hiring full-stack developers when you hire Node.js developers.

Deciding to use Go will mean you may have to learn an entirely new language or hire an expensive developer and use Javascript in the front end. This is worth it for larger organizations that can afford the investment, and need the performance gains. But for startups and small IT consulting companies using JavaScript for both front-end and back-end may be cost effective as Node.js developers are cheaper to hire and more readily available.

Does Golang have a future?

Given the edge that Golang has when it comes to raw performance and scalability there is the possibility that Golang may surpass Node.js in popularity and adoption in the near future.

Having said that, Node.js is not going down without fighting and is definitely here to stay for the near term due to its greater popularity and large and active community. Hence, Golang and Node.js are going to co-exist for quite some time in the future.

There is no clear winner here as the programming language to choose for building your app back-end depends on several factors. Some of these include:

Every choice of technology you make comes with trade-offs and you will need to decide based on both technical and business considerations.

Does Golang have a future?